Through the generosity of Andrew Carnegie, Iowa received 101 libraries, 97 of which still grace towns across the state. Here's something you probably did not know. On November 28, 1898, the first Carnegie Library in the country was dedicated in Fairfield. By 1919, the last year Carnegie grants were awarded, the philanthropist had paid for construction of 1,689 libraries, 101 in Iowa.

Born in Scotland in 1835, the lad migrated with his family to Pittsburgh, Pennsylvania. The quintessential American success story, Carnegie began work as a bobbin boy in a textile mill and ended up founding the precursor to U.S. Steel. His 1901 income in today's dollars would be $450,000,000

On his way up he met Colonel James Anderson who had established a library in the Allegheny region for working boys. "That" said Carnegie, "opened the intellectual wealth of the world to me."

Believing that with wealth came a responsibility to enhance the common good; he constructed two libraries for workers in his steel mill towns. Because most libraries then were in homes or stores, people began to see Carnegie as a way to get their own library. He began receiving so many requests that, eventually, the requesting town had to demonstrate need, provide the site, and promise to support the library services and maintenance annually with taxes. The building design was up to each community. 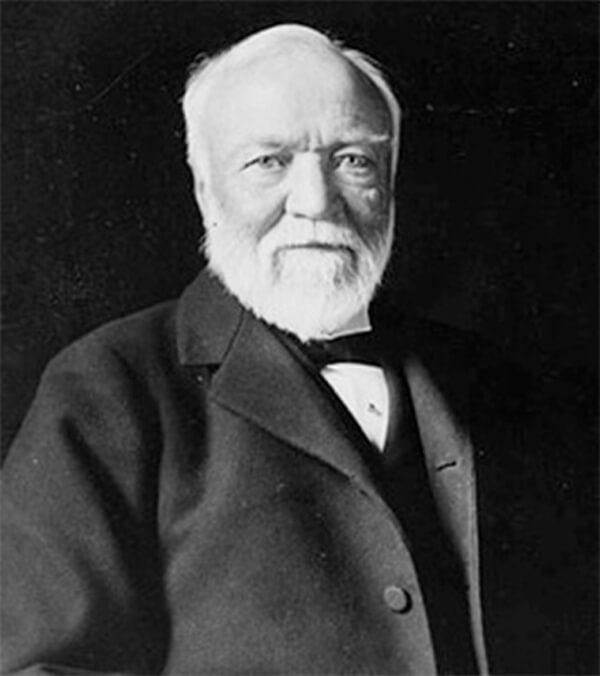